Giant, based in Carlisle, Pa., said Wednesday that chairman Nicholas Bertram is leaving the regional grocer Aug. 31 to “pursue new opportunities.” John Ruane, senior vice president, chief merchant and chief commercial officer, will serve as interim president “until a successor is named,” according to the company.

Bertram (left picture) has been chairman of Giant since January 2018, when he succeeded Tom Lenkevich, who retired after four years in the role. Previously, Bertram was senior vice president of merchandising for Ahold USA, which operated Giant-Carlisle, Giant-Landover and Stop & Shop before Royal Ahold and Delhaize Group completed their merger in July 2016.

“We were fortunate to have Nick lead The Giant Company during his nine-year tenure,” Ahold Delhaize USA President Kevin Holt said in a statement. “His leadership has inspired the team to perform very well. The Giant Company has been very successful, with growth in its local markets, innovative operations and a strong commitment to diversity, equity and inclusion, as well as health and sustainability.We remain confident in the continued momentum of the brand and wish Nick all the best for the future.

Bertram had brought 17 years of retail experience when he joined Giant in 2018, including more than 11 years at Walmart US, most recently as a regional general manager, and a year at Jewel-Osco, where he served as senior vice president of retail operations. . He is also a former senior vice president at Supervalu, now part of United Natural Foods Inc.

During Bertram’s tenure, Giant expanded into its home market of Pennsylvania, including the Philadelphia market; launched the Giant Heirloom Market small format banner; rolled out Giant Direct and Martin’s Direct e-commerce brands for online grocery pickup and delivery; launched the Choice Rewards loyalty program; introduced “For Today’s Table” as a Giant brand slogan; and changed the company name to The Giant Company of Giant Food Stores.

Bertram was also president when Supermarket News named Giant as its Retailer of the Year for 2019. He is also currently an independent director on the board of directors of PECO Energy Co., Pennsylvania’s largest electric and natural gas utility, with a focus on clean energy.

“Leading The Giant Company to be designed for the way families live today has been a great honor, and I am excited by the growing momentum of our motivated teammates,” Bertram commented. “That, combined with the strength of our management team, makes now the most natural time for me to step aside. I have great faith in John and believe The Giant Company’s best days are yet to come. . 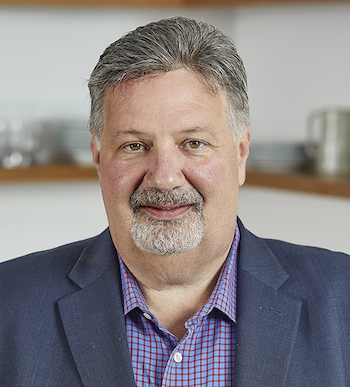 “I am honored to serve as interim president,” Ruane said. “I look forward to continuing to serve our customers and our communities and to continuing our purpose and passion to meet the needs of today’s customers.”

Part of Ahold Delhaize USA, The Giant Company has more than 35,000 employees and operates 192 grocery stores under the Giant, Martin’s and Giant Heirloom Market banners in Pennsylvania, Maryland, Virginia and West Virginia. Its retail operations also include 133 pharmacies, 107 gas stations and more than 175 online grocery pickup and delivery centers in hundreds of zip codes, with an e-commerce service also serving New Jersey communities. .